Toronto-based Podium Publishing is one of the world’s most successful audiobook publishers. Their most lauded audiobook is “The Martian,” the science fiction story about a NASA astronaut trapped on Mars. Author Andy Weir was giving the book away for free before Podium Publishing recognized the story's potential and produced an audiobook, which has since become the most lucrative audiobook of all time. Soon thereafter, Hollywood came calling. Director Ridley Scott’s 2015 film starring Matt Damon grossed $630 million worldwide and was nominated for seven Oscars, including Best Picture.

The story of how a small Canadian audiobook publisher played a vital role in getting “The Martian” to the big screen was a tale that needed to be told, and Podium Publishing turned to Agency Byrnes to help in the effort.

Our work resulted in exclusive feature stories about Podium in prestigious media outlets including The Guardian, Forbes and NPR and helped position our clients as thought leaders in the ever-growing audiobook industry. 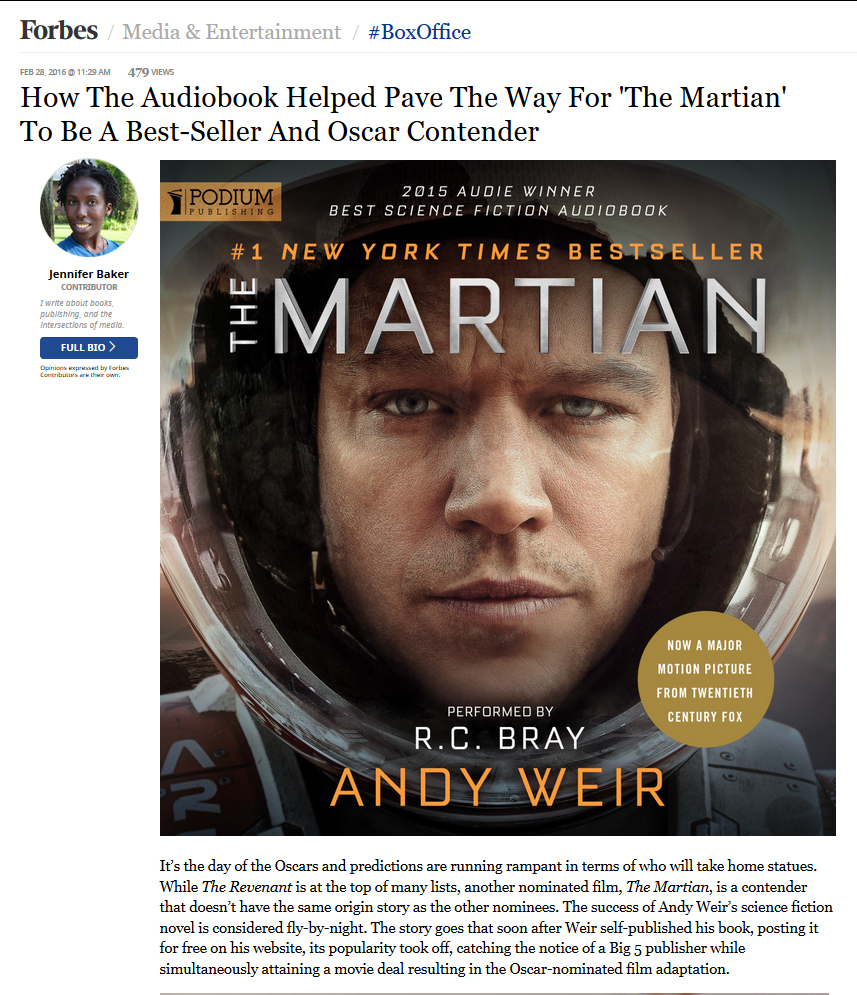 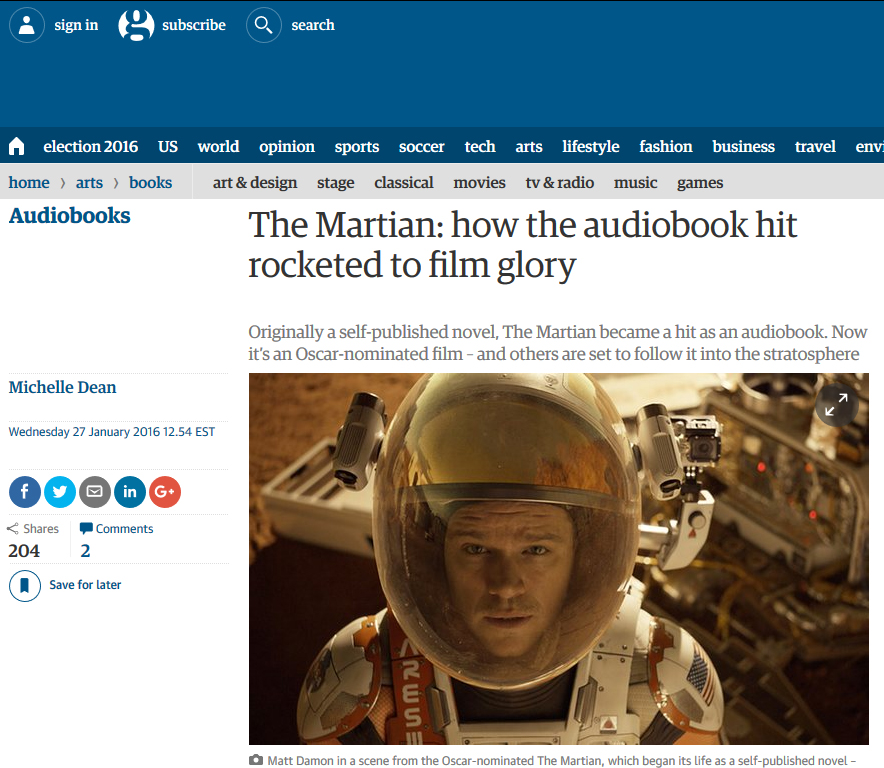 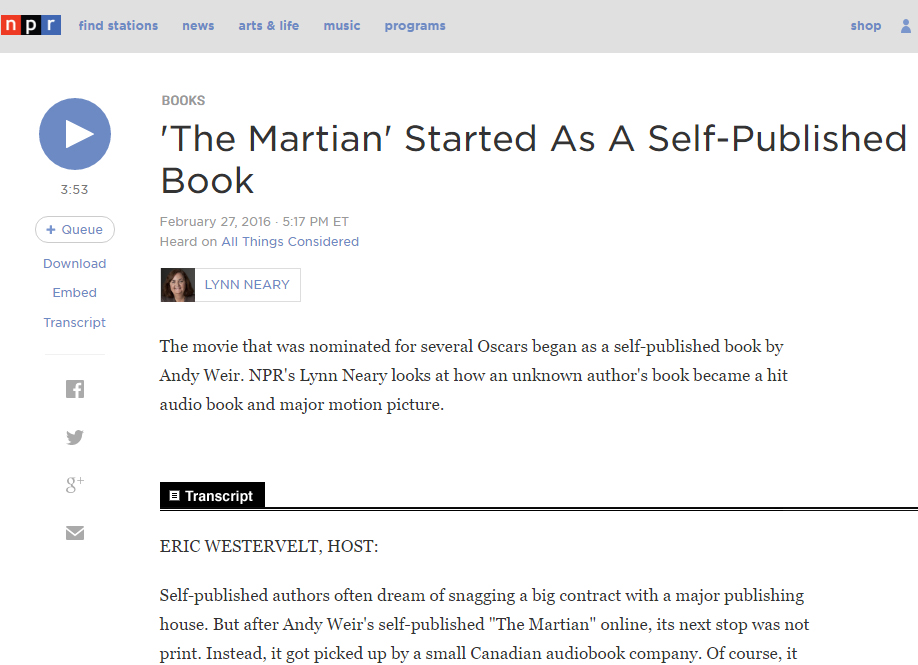 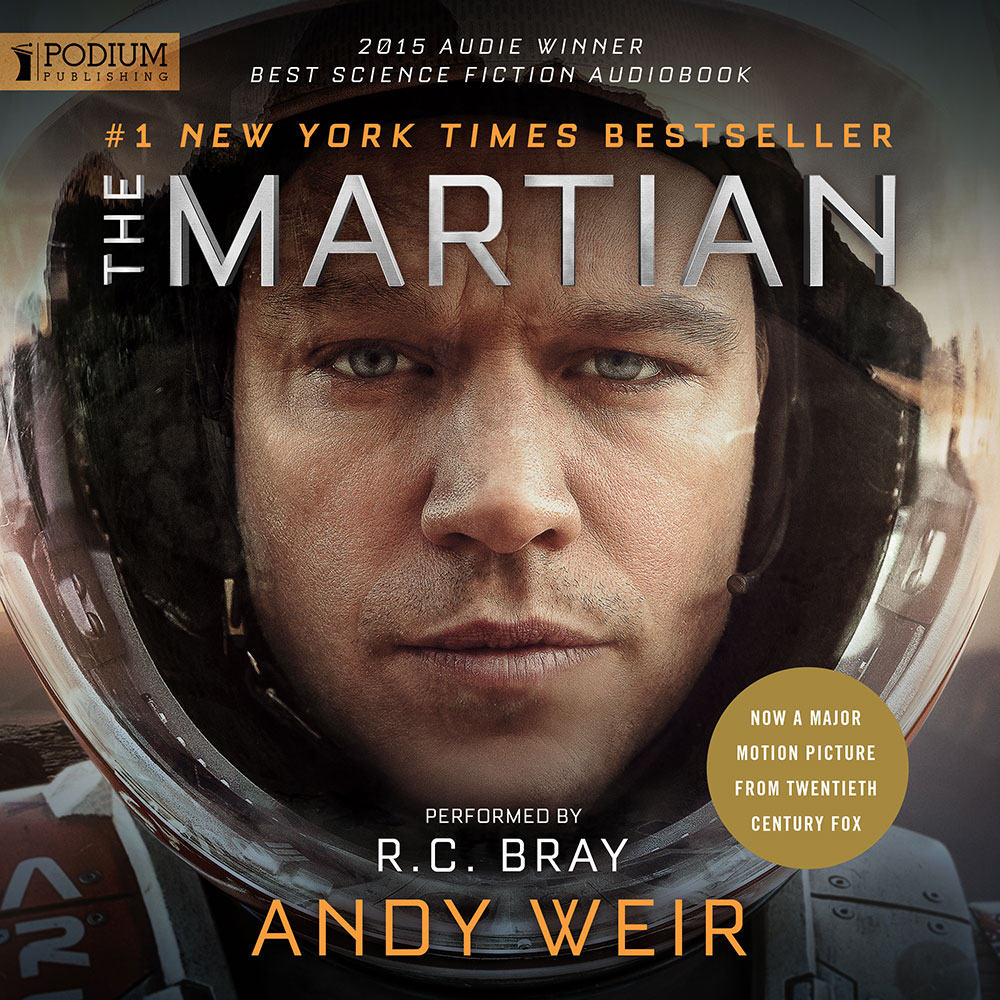